Andris Nelsons, Leipzig’s Gewandhauskapellmeister since 2018, will extend his contract with the Gewandhausorchester until 2027.

The Latvian conductor’s current contract as 21st Gewandhauskapellmeister runs until 2022. The second term of Mr. Nelsons’ tenure will commence – subject to ratification by Leipzig City Council - on 1 August 2022 for a five-year period until 31 July 2027. The new contract includes the musical direction of one production each season at the Oper Leipzig, the Gewandhausorchester’s operatic home.

On Andris Nelsons’ initiative upon first assuming the position of Gewandhauskapellmeister, the repertoire of the Gewandhausorchester’s Große Concerte has been enriched by a prodigious number of world premiere performances, the majority of which have been commissioned jointly with the Boston Symphony Orchestra. Mr. Nelsons has been Music Director of the BSO since 2014 and is simultaneously extending this successful relationship. Just as with his original contract, the new contract extension running through 2025 comes with an evergreen clause reflecting a mutual intent for a long-term commitment between the BSO and Mr. Nelsons well beyond the years of the first contract.

On the basis of both Andris Nelsons’ twin responsibilities and the wealth of common history the two orchestras share, a formal alliance was conceived: a seminal and quite unprecedented collaboration between two such elite orchestras. In addition to the awarding of joint composition commissions, a continuing exchange programme for the orchestras’ musicians has been established and annual thematic weeks are programmed in each orchestra’s seasons featuring the partner orchestra’s core repertoire, all serving to expand the artistic horizons of each orchestra and their musicians. The alliance facilitates an intensive cooperation between the Mendelssohn Orchestra Academy and the Tanglewood Music Center, uniting the most talented orchestral musicians and composition students of the next generation from both sides of the Atlantic in courses, masterclasses and high-level performance.

Plans for the second term of Andris Nelsons’ tenure, encompassing the years 2022 to 2027, include the staging of two festivals under the auspices of Musikstadt:Leipzig. Following the Mahler Festival in 2021, a Leipziger Romantik festival will be mounted in 2023 and a Shostakovich festival in 2025. In addition, the title of Gewandhaus Composer will continue to be awarded, and the Mendelssohn Festival, to be re-established in 2021, will continue on an annual basis.

From 2021, within the context of the Gewandhausorchester’s and the Boston Symphony Orchestra’s burgeoning artistic alliance, a focus of Andris Nelsons’ endeavours will be the symphonic oeuvre of Richard Strauss. The project will culminate in 2022 with an extensive tour featuring both these celebrated orchestras with residencies in Europe’s major musical centres.

Mayor of the City of Leipzig, Burkhard Jung

„Andris Nelsons has already brought a wealth of new ideas and impulses which have fundamentally enriched our centuries-old heritage. The groundbreaking alliance between the esteemed orchestras in Boston and Leipzig only contributes to his reputation as one of the preeminent and most innovative conductors on the international music scene today. I am proud and thrilled that he has affirmed his loyalty to the Gewandhausorchester and will remain in Leipzig for a further five years.”

“The past two-and-a-half years with the Gewandhausorchester have been sensational. The inspiration and dedication of each and every one of these quite exceptional musicians and the unique sound world within which they create their music as an ensemble have made our work together an experience of tremendous intensity for me. I am thrilled that during this second phase of my tenure the musicians of the Gewandhausorchester and I will be able to continue to explore our artistic ideas, and also tread entirely new paths. I would like to express my gratitude to the Mayor, the Mayor of Culture and the Council of the City of Leipzig, the leadership of the Gewandhausorchester and the Leipzig public who, together, have enabled this partnership to continue and grow.”

Mayor of Culture of the City of Leipzig, Dr. Skadi Jennicke

“The fact that Andris Nelsons will remain in Leipzig as Gewandhauskapellmeister for a further five years is hugely gratifying. His refreshing open-mindedness und energetic approach to his duties here have captivated not only the Leipzig public. The alliance with the Boston Symphony Orchestra and Mr. Nelsons’ profound commitment to the active promotion of contemporary music have further cemented Leipzig’s status at the forefront of the international music scene. I am looking forward to the coming years enormously, which will be crowned by a wealth of world-class music festivals.”

“During his tenure thus far, Andris Nelsons has delivered on his commitment both to lead the Gewandhausorchester in new directions of the upmost integrity in its core repertoire and also to enrich its programmes with an unparalleled wealth of contemporary music with distinction. Highly successful concerts around the globe, the first instalments of the recordings of the complete cycle of Bruckner symphonies for Deutsche Grammophon, a wealth of stimulating new commissions, the creation of the position of Gewandhaus Composer, the flourishing collaboration with the Boston Symphony Orchestra – all of this is testament to the unmistakable musical identity of our 21st Gewandhauskapellmeister. I am, therefore, delighted that we will continue the journey we have begun together, and that Mr. Nelsons will play his part in forming the artistic profile of the Gewandhausorchester for a further five years from 2022. We have made extensive plans together and are all looking to the future with immense optimism.”

Chairman of the Orchestra Board of the Gewandhausorchester, Matthias Schreiber

“The musicians of the Gewandhausorchester are delighted to have secured the extension to Andris Nelsons’ contract as Gewandhauskapellmeister. We can now intensify and expand our artistic partnership, realising a multitude of compelling projects together between now and 2027. We are particularly excited that all parties have agreed to expand our collaboration to the field of opera.” 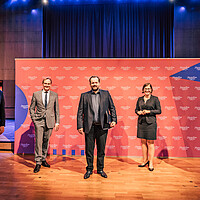 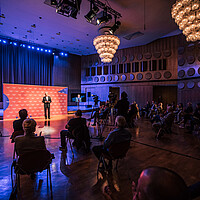 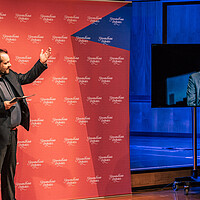 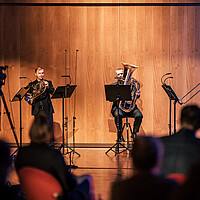 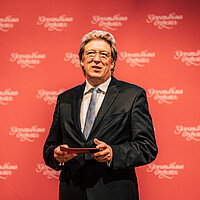 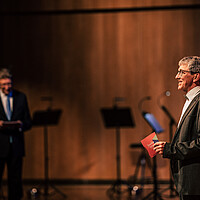