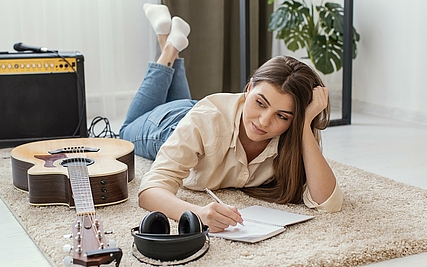 Frank-Steffen Elster was born in Leipzig in 1976. His first musical experience was gained as a member of the Gewandhaus Children and Youth Choir, before going on to study choral conducting, orchestral conducting and singing at the University of Music and Theatre in Leipzig. While still a student he founded the Ensemble Avelarte chamber choir, which he directed until 2007.

In the 1999/2000 season, Frank-Steffen Elster became Assistant to the Director of the Gewandhaus Choir, Morten Schuldt-Jensen. This position involved him undertaking responsibility for the day-to-day musical duties with the Children's Choir, as well as directing rehearsals and occasional projects with the Gewandhaus Choir.

From 2007 to 2014, Frank-Steffen Elster held the post of Director of the City Choir of Halle. At the helm of this celebrated boys’ choir he toured throughout Deutschland and beyond. The musical focus of Mr. Elster's work in Halle lay on the sacred choral repertoire. From 2011 until 2014, Mr. Elster was also Director of the Robert-Franz-Singakademie, with which he performed a broad spectrum of the classical choral literature. As a conductor of unusual versatility, Mr. Elster has led a great variety of ensembles, including both the Staatskapelle and the Händel Festival Orchestra in Halle, the Lautten Compagney Berlin, the L’Orfeo Baroque Orchestra, and the Akademie für Alte Musik and the RIAS Chamber Choir, both in Berlin.

Since 2015, Frank-Steffen Elster has committed himself to the cultivation of the next generation of choral conductors through his appointment to the faculty of the University for Music and Theatre in Leipzig. He is also a sought-after composer and arranger, creating the scores for numerous films and documentaries. His compositional output includes the scores for several theatrical productions, most recently his children's opera Von Zwergen, Riesen und Kindern (On Dwarves, Giants and Children), which received its world premiere at the Gewandhaus in 2017. A multitude of radio, television, film and CD productions document the prodigious scope of Frank-Steffen Elster's artistic output.